Do you want some adventure this summer? Who doesn’t? Problem is, probably, you’re stuck at home and have so many assigned chores to do. Or you may have a summer job at a local fastfood to attend to. So, you’re pretty much going to say “Bye-Bye” to adventure and head on with reality.

But wait, you may not be able to ride on a magic carpet or a shiny silver Lambo for a joyride, instead we have compiled for you some of the greatest adventure books ever written by American best-selling author Clive Cussler! Which is perfect for reading anywhere–just don’t let your mom or boss catch you.

Want proof? Here some of his most venturesome creations! Have fun. 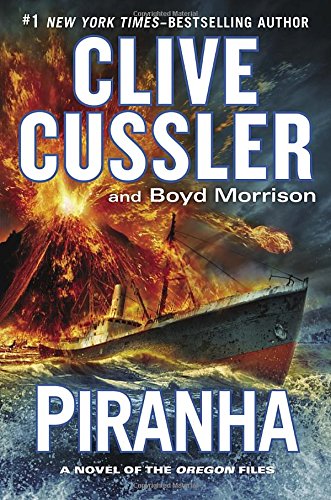 “Juan Cabrillo and the crew of the Oregon return in the extraordinary new novel in the #1 New York Times–bestselling series by the grand master of adventure.

In 1902, the volcano Mt. Pelée erupts on the island of Martinique, wiping out an entire city of thirty thousand—and sinking a ship carrying a German scientist on the verge of an astonishing breakthrough. More than a century later, Juan Cabrillo will have to deal with that scientist’s legacy.

During a covert operation, Cabrillo and the crew meticulously fake the sinking of the Oregon—but when an unknown adversary tracks them down despite their planning and attempts to assassinate them, Cabrillo and his team struggle to fight back against an enemy who seems to be able to anticipate their every move. They discover that a traitorous American weapons designer has completed the German scientist’s work, and now wields extraordinary power, sending the Oregon on a race against time to stop an attack that could lead to one man ruling over the largest empire the world has ever known.”–Book Cover 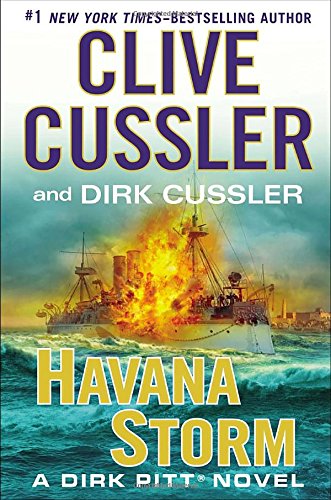 “Dirk Pitt returns, in the thrilling new novel from the grand master of adventure and #1 New York Times–bestselling author.While investigating a toxic outbreak in the Caribbean Sea that may ultimately threaten the United States, Pitt unwittingly becomes involved in something even more dangerous—a post-Castro power struggle for the control of Cuba. Meanwhile, Pitt’s children, marine engineer Dirk and oceanographer Summer, are on an investigation of their own, chasing an Aztec stone that may reveal the whereabouts of a vast historical Aztec treasure. The problem is, that stone was believed to have been destroyed on the battleship Maine in Havana Harbor in 1898, which brings them both to Cuba as well—and squarely into harm’s way. The three of them have been in desperate situations before . . . but perhaps never quite as dire as the one facing them now.”–Book Cover

3. The Assassin (An Isaac Bell Adventure) 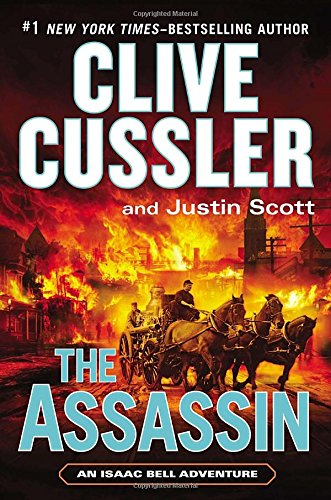 Bell summons his best detectives to scour the site of the crime for evidence. Who is the assassin and for whom did he kill? But the murders—shootings, poisonings, staged accidents—have just begun as Bell tracks his phantom-like criminal adversary from the “oil fever” regions of Kansas and Texas to Washington, D.C., to the tycoons’ enclave of New York, to Russia’s war-torn Baku oil fields on the Caspian Sea, and back to America for a final, desperate confrontation. And this one will be the most explosive of all.”–Book Cover 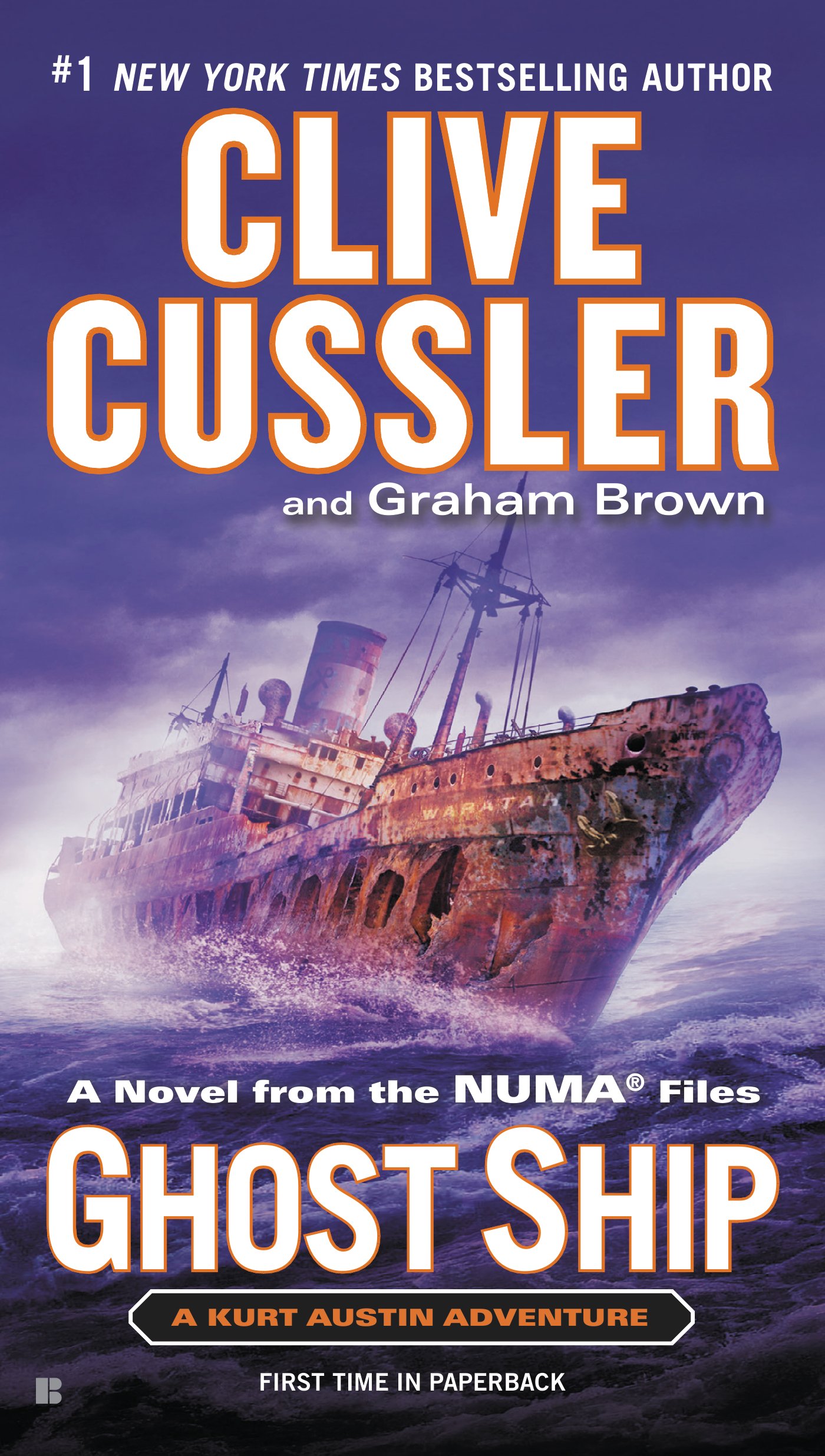 When Kurt Austin is injured attempting to rescue the passengers and crew from a sinking yacht, he wakes with fragmented and conflicted memories. Did he see an old friend and her children drown? Or was the yacht abandoned when he came aboard?

Determined to know the truth, he soon finds himself descending into a shadowy world of state-sponsored cybercrime, and uncovering a pattern of vanishing scientists, suspicious accidents, and a web of human trafficking.

With the help of Joe Zavala, he takes on the sinister organization at the heart of this web, facing off with them in locations ranging from Monaco to North Korea to the rugged coasts of Madagascar. But where he will ultimately end up even he could not begin to guess—except maybe in death…”–Book Cover

5. The Bootlegger (An Isaac Bell Adventure) 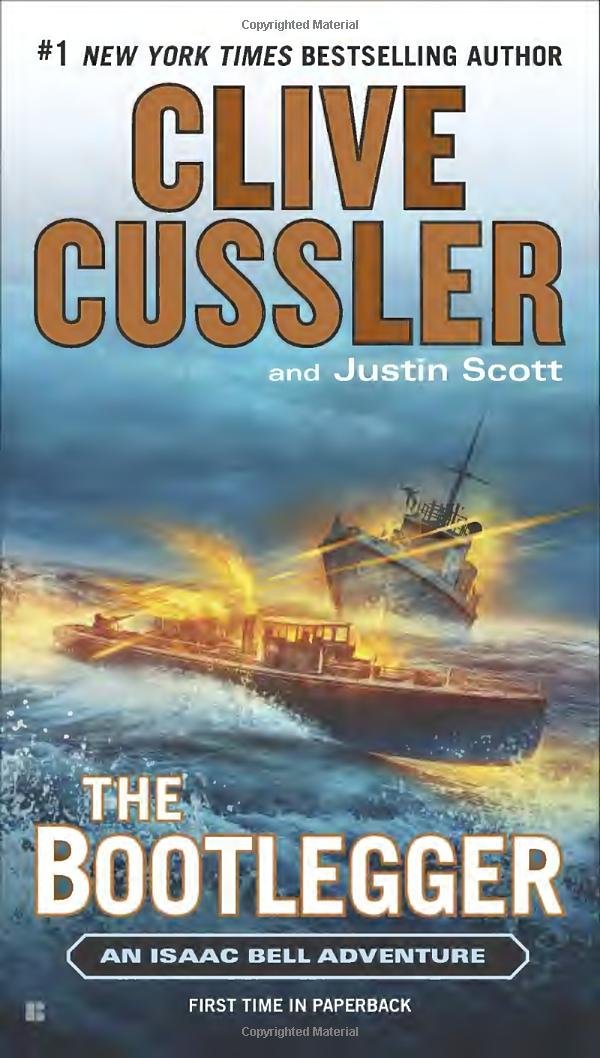 “Detective Isaac Bell is back in an extraordinary new adventure in the #1 New York Times bestselling series.

It is 1921, and Prohibition is in full swing—even as millions still imbibe and ruthless criminals get rich overnight by selling them booze. Cops, Feds, and Coast Guardsmen are all susceptible to bribery. But when Bell’s boss and lifelong friend Joseph Van Dorn is shot and near-fatally wounded while chasing bootleggers, he enters the fray.

Bell promises Van Dorn that he will try to save the detective agency from the corrupting effects of Prohibition. But when the first witness to Van Dorn’s shooting is executed in a ruthlessly efficient manner invented by the CHEKA, the Russian Communist secret police, Bell finds himself combating men far more deadly than ordinary criminals. And he’s about to fight a one-man war…”–Book Cover 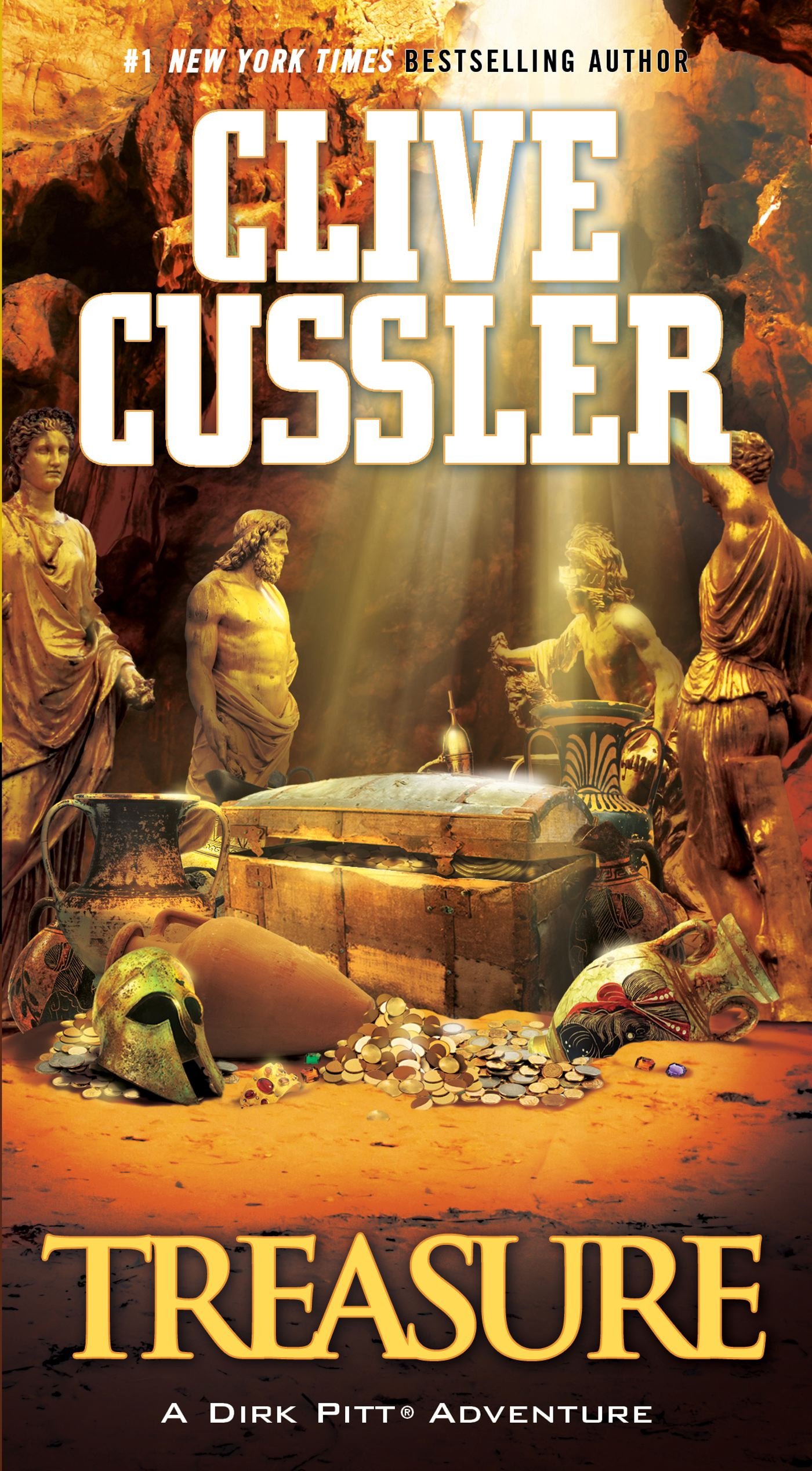 “Clive Cussler, author of sixteen consecutive New York Times bestseller brings us beloved character Dirk Pitt, who discovers a trail leading straight to priceless treasures. But it also thrusts him into conflict that could tip the world’s balance of power the wrong way…

Charts of lost gold…breathtaking art and rare volumes…maps of hidden oil and mineral deposits that could change the world’s balance of power. Now Dirk Pitt discovers the secret trail of the treasures of Alexandria—a trail that plunges him into a brutal conspiracy for total domination of the globe. Zealots threaten to unseat the governments of Egypt and Mexico, exposing America to invasion and economic collapse. Suddenly, from East to West, anarchists reach their deadly tentacles into the heart of the United States. And Dirk Pitt, the hard-hitting hero of Clive Cussler’s smash bestsellers Sahara and Inca Gold, is up against the most feared assassin known to man. An international band of terrorists is making its play for world power on the high seas—and Pitt is the only man alive who can stop them!”–Book Cover