Eleanor Marie Robertson or more popularly known as Nora Roberts was the the “first author to be inducted into the Romance Writers of America Hall of Fame.”

Of Irish descent, Roberts even of a young age already had many sprouting ideas and stories in her head. But then, she hadn’t began to write (except for some essays at school) until she became a mother. She wrote her first manuscripts in 1979 but was then rejected. She then recalls them as “…my favorite rejection of all time. I received my manuscript back with a nice little note which said that my work showed promise..”.

But in the later years the writer gained popularity and in 1991, she got her first New York Times Bestseller award. Since then she has garnered tens of awards and her novels sold millions to millions of copies.

Read on as we list down some of her best novels ever written. 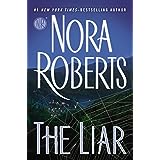 “Shelby Foxworth lost her husband. Then she lost her illusions …

The man who took her from Tennessee to an exclusive Philadelphia suburb left her in crippling debt. He was an adulterer and a liar, and when Shelby tracks down his safe-deposit box, she finds multiple IDs. The man she loved wasn’t just dead. He never really existed.

Shelby takes her three-year-old daughter and heads south to seek comfort in her hometown, where she meets someone new: Griff Lott, a successful contractor. But her husband had secrets she has yet to discover. Even in this small town, surrounded by loved ones, danger is closer than she knows—and threatens Griff, as well. And an attempted murder is only the beginning …” – Book Cover 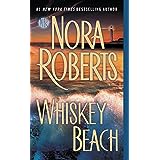 “For more than three hundred years, Bluff House has sat above Whiskey Beach, guarding its shore—and its secrets. But to Eli Landon, it’s home.

A Boston lawyer, Eli has weathered an intense year of public scrutiny and police investigations after being accused of—but never arrested for—the murder of his soon-to-be ex-wife.

He finds sanctuary at Bluff House, even though his beloved grandmother is in Boston recuperating from a nasty fall. Abra Walsh is always there, though. Whiskey Beach’s resident housekeeper, yoga instructor, jewelry maker and massage therapist, Abra is a woman of many talents—including helping Eli take control of his life and clear his name. But as they become entangled in each other, they find themselves caught in a net that stretches back for centuries—one that has ensnared a man intent on reaping the rewards of destroying Eli Landon once and for all.” — Book Cover 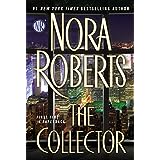 “When professional house-sitter Lila Emerson witnesses a murder/suicide from her current apartment-sitting job, life as she knows it takes a dramatic turn. Suddenly, the woman with no permanent ties finds herself almost wishing for one. . . .
Artist Ashton Archer knows his brother isn’t capable of violence—against himself or others. He recruits Lila, the only eyewitness, to help him uncover what happened. Ash longs to paint her as intensely as he hungers to touch her. But their investigation draws them into a rarified circle where priceless antiques are bought, sold, gambled away, and stolen, where what you possess is who you are, and where what you desire becomes a deadly obsession. . . .”–Book Cover 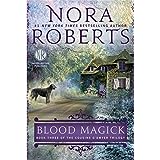 County Mayo is rich in the traditions of Ireland, legends that Branna O’Dwyer fully embraces in her life and in her work as the proprietor of The Dark Witch shop, which carries soaps, lotions, and candles for tourists, made with Branna’s special touch.

Branna’s strength and selflessness hold together a close circle of friends and family—along with their horses and hawks and her beloved hound. But there’s a single missing link in the chain of her life: love…

She had it once—for a moment—with Finbar Burke, but a shared future is forbidden by history and blood. Which is why Fin has spent his life traveling the world to fill the abyss left in him by Branna, focusing on work rather than passion.

Branna and Fin’s relationship offers them both comfort and torment. And though they succumb to the heat between them, there can be no promises for tomorrow. A storm of shadows threatens everything that their circle holds dear. It will be Fin’s power, loyalty, and heart that will make all the difference in an age-old battle between the bonds that hold their friends together and the evil that has haunted their families for centuries.” –Book Cover 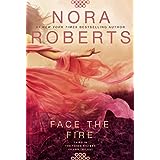 Mia Devlin knows what it’s like to love with your whole heart—and then watch your love walk away. Years ago, she and Sam Logan shared an incredible bond built on passion, legend, and fate. But then one day he fled Three Sisters Island, leaving her lost in memories of the magic they shared—and determined to live on her own…

As the new owner of the island’s only hotel, Sam has returned to Three Sisters with hopes of winning back Mia’s affections. He is puzzled when she greets him with icy indifference—for the chemistry between them is still sizzling and true. Angry, hurt, and deeply confused, Mia refuses to admit that a desire for Sam still burns in her heart. But she’ll need his help—and his powers—to face her greatest, most terrifying challenge. And as the deadline for breaking a centuries-old curse draws near, they must take the first step toward destiny—and come together to turn back the dark…”–Book Cover 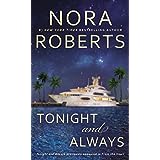 “For a change of pace, renowned anthropologist Kasey Wyatt takes a job working for bestselling author Jordan Taylor, who needs helps researching his latest novel about the Plains Indians.

Upon arriving at Jordan’s impressive Palm Springs estate, Kasey finds all the trappings of a family, but none of the warmth. Jordan’s forbidding mother is immediately suspicious of her, while Jordan’s shy and serious orphaned niece represses her curiosity. Jordan himself is an expert at hiding his emotions behind an aristocratic facade.

Hardly the quiet and bookish woman they were all expecting, Kasey infuses their lives with light and laughter. And suddenly Jordan finds himself drawn to a woman unlike any he has ever desired, one who is able to transform his day-to-day existence into a life worth living…”.–Book Cover