Home  /  TV  /  Reasons You Wouldn’t Want To Live In Deadwood

Reasons You Wouldn’t Want To Live In Deadwood

Deadwood – The Black Hills of South Dakota. Witness the birth of an American frontier town – and the ruthless power struggle between its just and unjust pioneers. In an age of plunder and greed, the richest gold strike in American history draws a mob of restless misfits to an outlaw settlement where everything – and everyone – has a price. The settlers, ranging from an ex-lawman to a scheming saloon owner to the legendary Wild Bill Hickok and Calamity Jane, share a constant restlessness of spirit, and survive by any means necessary.

Welcome to Deadwood…a hell of a place to make your fortune. 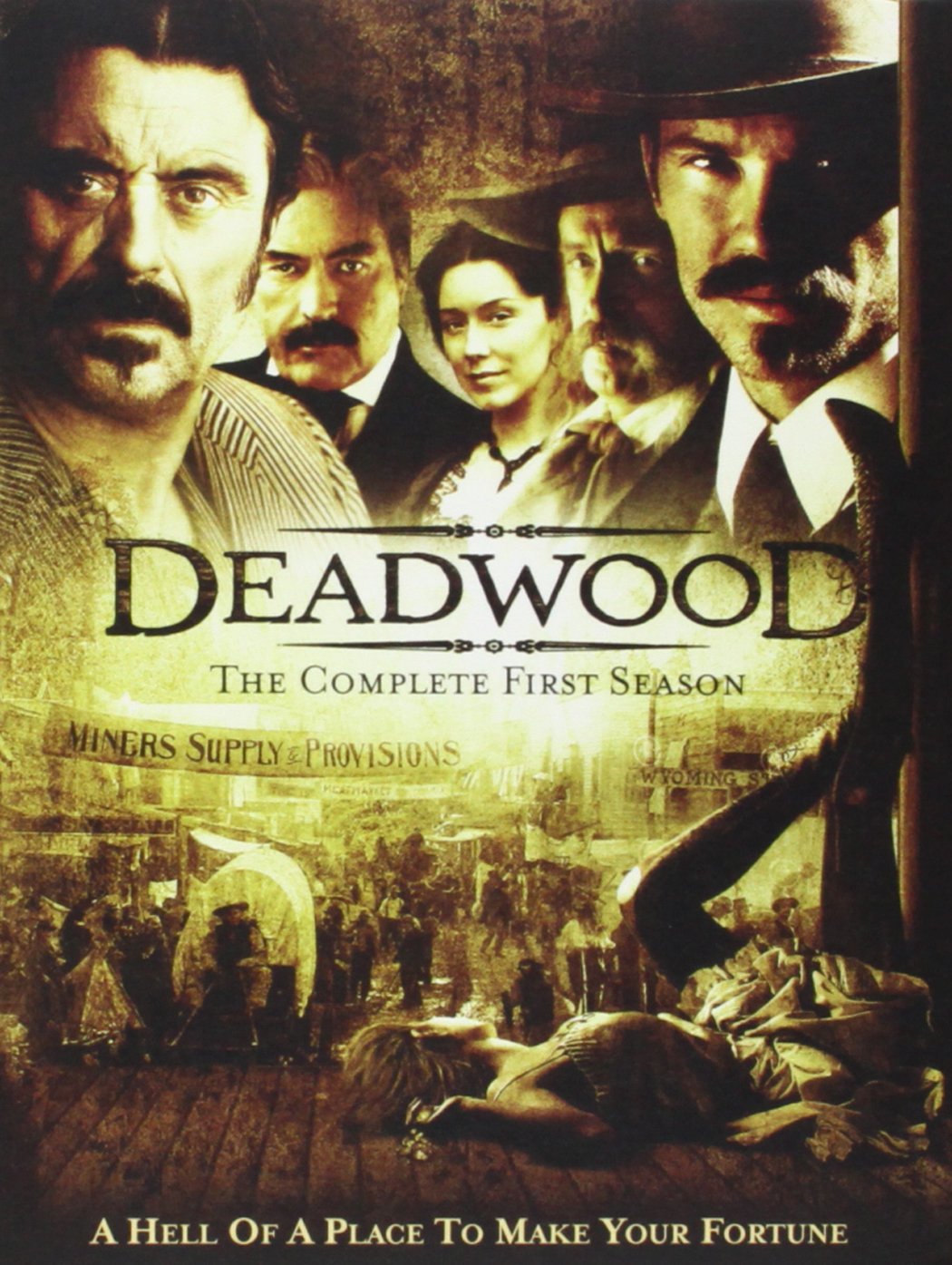 The remarkable first season of Deadwood represents one of those periodic, wholesale reinventions of the Western that is as different from, say, Lonesome Dove as that miniseries is from Howard Hawks’s Rio Bravo or the latter is from Anthony Mann’s The Naked Spur. In many ways, HBO’s Deadwood embraces the Western’s unambiguous morality during the cinema’s silent era through the 1930s while also blazing trails through a post-NYPD Blue, post-The West Wing television age exalting dense and customized dialogue. On top of that, Deadwood has managed an original look and texture for a familiar genre: gritty, chaotic, and surging with both dark and hopeful energy. Yet the show’s creator, erstwhile NYPD Blue head writer David Milch, never ridicules or condescends to his more grasping, futile characters or overstates the virtues of his heroic ones. 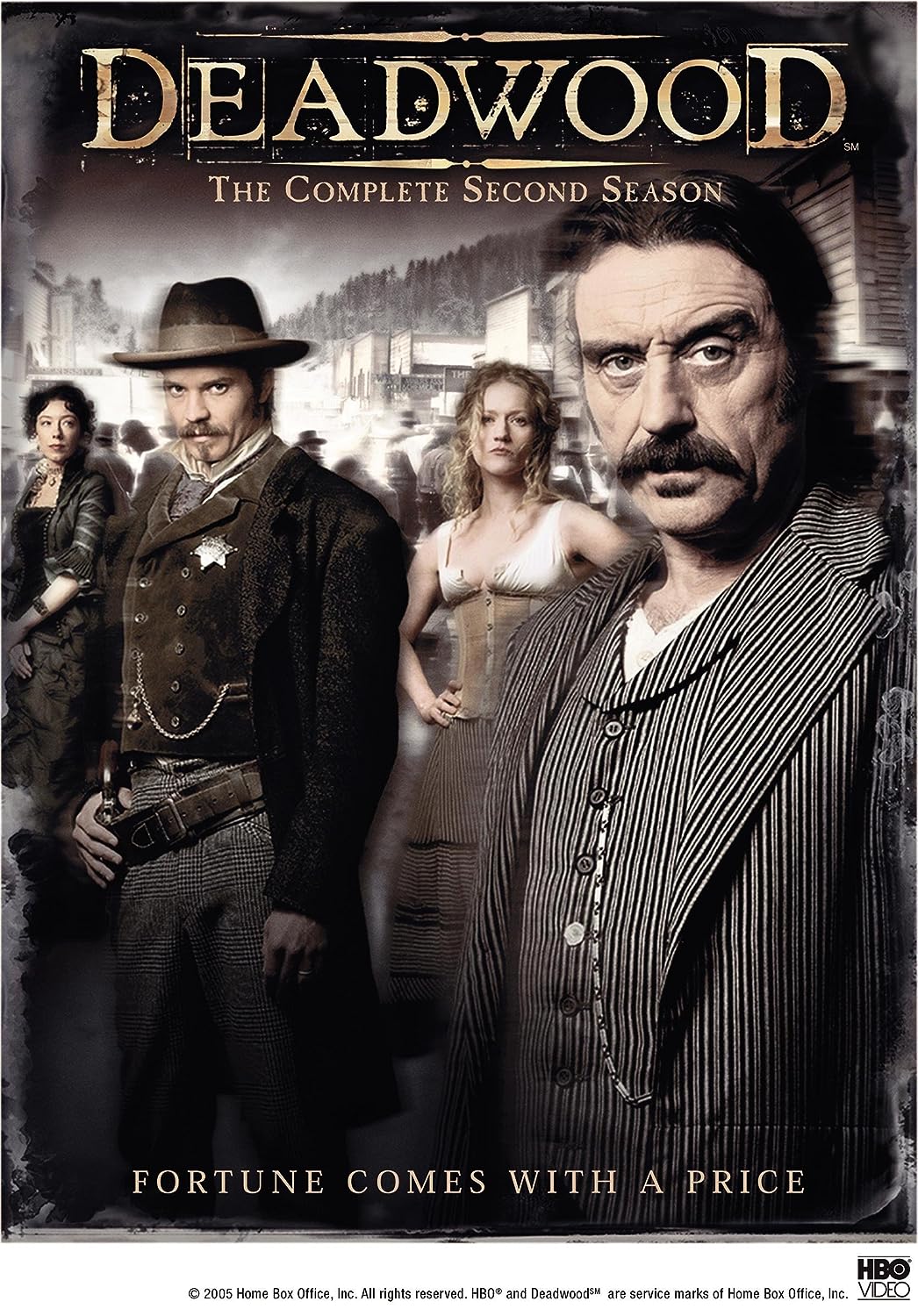 Deadwood: The Complete Second Season continues the Shakespearean brilliance of the landmark first season, created by NYPD Blue head writer David Milch. Milch either wrote or supervised the writing of each of the 12 episodes in this stunning follow-up, which contains more than a few surprises for anyone who thought they knew the myriad characters in the late 19th century town of Deadwood–a mucky, ungoverned, exceptionally violent development in South Dakota. As with the first season, Deadwood continues to be about many things–survival, loyalty, alliances, duty–but all of them are happening against a titanic battle between several parties to consolidate power and real wealth in the territory. Despite his cutthroat ethics, astonishing profanity, and bursts of cruelty, it’s hard not to side in this bid for a piece of America’s future with saloon owner Al Swearengen (a magnificent performance by Ian McShane), a visionary monster who is nevertheless more recognizably human than his rivals. 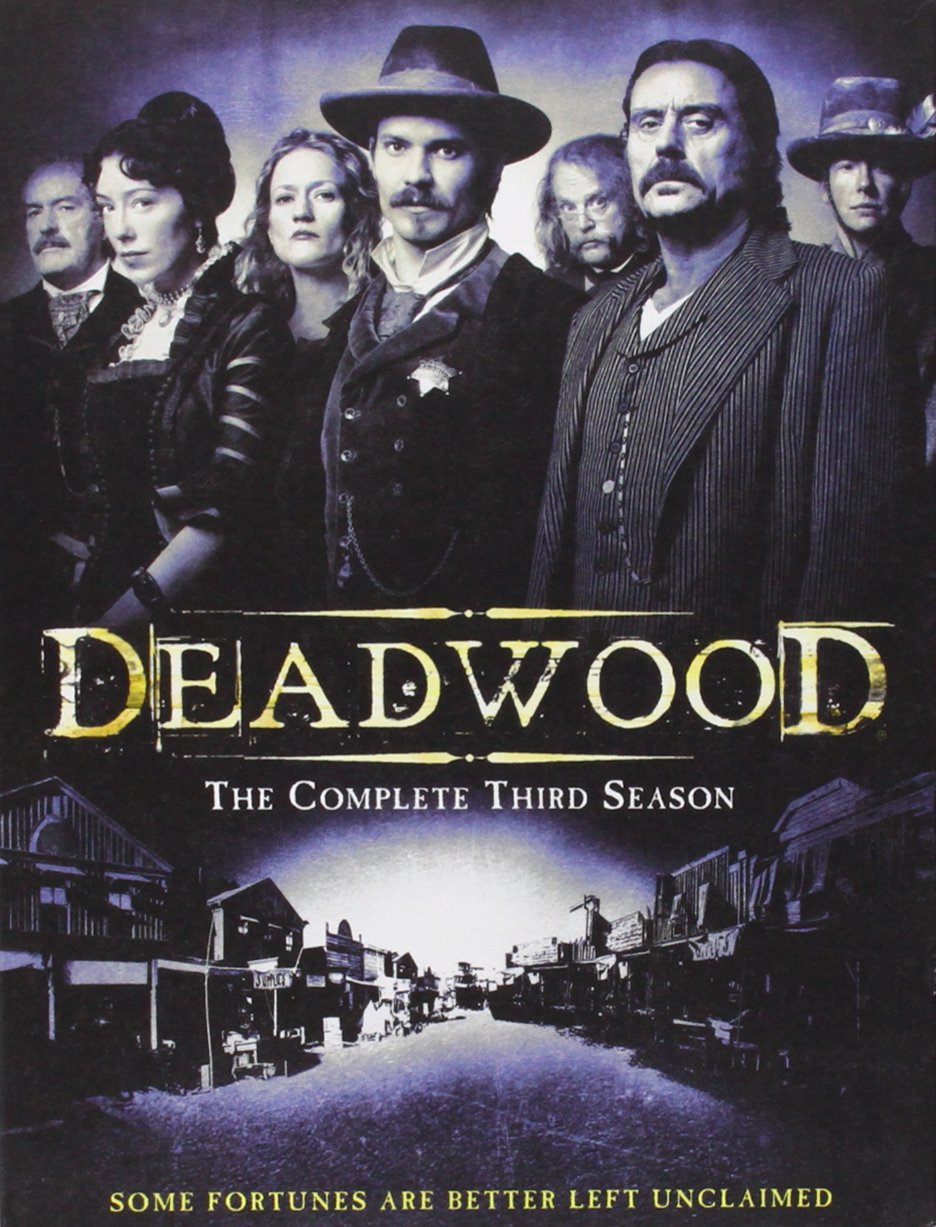 The show is very authentic in it’s portrayal of the American West. This season of Deadwood has two episodes with Wyatt Earp in it and it was nice to see Gale Harold play the role of Wyatt. 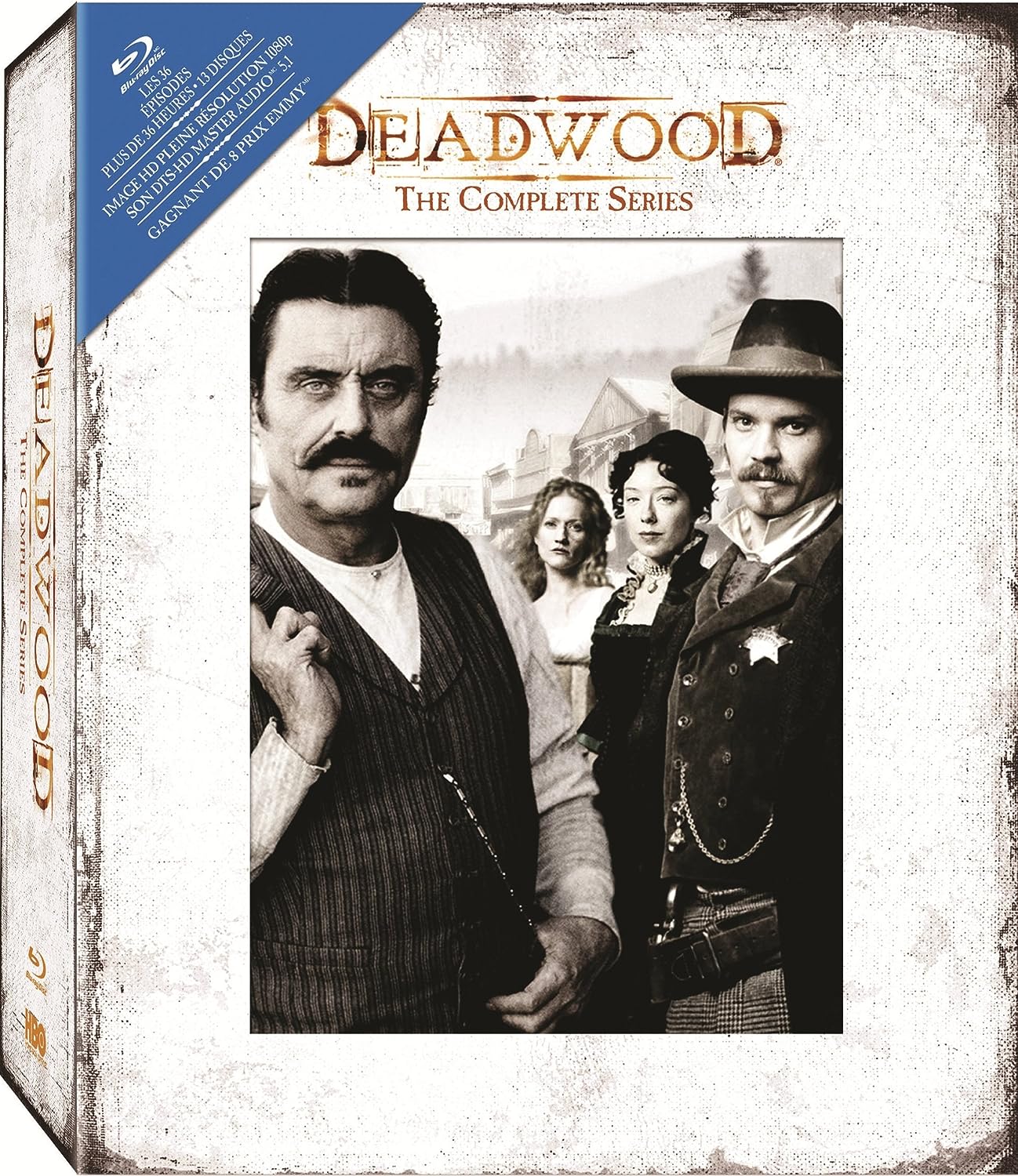 Absolutely one of the best TV shows ever produced. If you don’t like realism then stick with your Saturday morning cartoons. However, if you’re interested in realistic depiction of a violent and gritty part of American history, you will not be disappointed with Deadwood. I cannot recommend it highly enough. Trust me – Get it – Watch it – Love it.