The 49-year old American novelist is not only a book author but also a screenwriter and a producer. His eleven novels have already been adapted in different movies starred by various Hollywood actors and actresses. And surely, these films had been US Box Office Hits.

Born in 1965, this father of four has already published seventeen novels and two other non-fiction creations. He started writing when he was 19 years old and was inspired by his mother to do so.

Since then, this man had accomplished more and more works which had come to be bestsellers around the world.

Below, we have listed down six of his most wonderful novels. 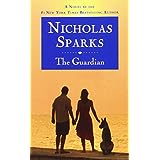 “Julie Barenson’s young husband left her two unexpected gifts before he died-a Great Dane puppy named Singer and the promise that he would always be watching over her. Now, four years have passed. Still living in the small town of Swansboro, North Carolina, twenty-nine-year-old Julie is emotionally ready to make a commitment to someone again. But who? Should it be Richard Franklin, the handsome, sophisticated engineer who treats her like a queen? Or Mike Harris, the down-to-earth nice guy who was her husband’s best friend? Choosing one of them should bring her more happiness than she’s had in years. Instead, Julie is soon fighting for her life in a nightmare spawned by a chilling deception and jealousy so poisonous that it has become a murderous desire…”– Book Cover 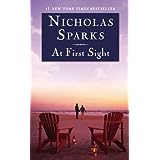 “There are a few things Jeremy Marsh was sure he’d never do: he’d never leave New York City; never give his heart away again after barely surviving one failed marriage; and, most of all, never become a parent. Now, Jeremy is living in the tiny town of Boone Creek, North Carolina, married to Lexie Darnell, the love of his life, and anticipating the birth of their daughter. But just as his life seems to be settling into a blissful pattern, an unsettling and mysterious message re-opens old wounds and sets off a chain of events that will forever change the course of this young couple’s marriage.

Dramatic, heartbreaking and surprising, this is a story about the love between a man and a woman and between a parent and a child. More than that, it is a story that beautifully portrays how the same emotion that can break your heart is also the one that will ultimately heal it.

While the novel picks up the tale of Lexie Darnell and Jeremy Marsh that started in True Believer and will delight fans of that novel, it stands on its own as one of Nicholas Sparks’s most deeply moving love stories.”– Book Cover 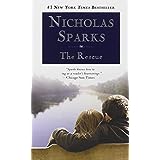 “One of America’s bestselling authors delivers a story about the greatest commitment of all: loving someone forever.

When confronted by raging fires or deadly accidents, volunteer fireman Taylor McAden feels compelled to take terrifying risks to save lives. But there is one leap of faith Taylor can’t bring himself to make: he can’t fall in love. For all his adult years, Taylor has sought out women who need to be rescued, women he leaves as soon as their crisis is over and the relationship starts to become truly intimate. When a raging storm hits his small Southern town, single mother Denise Holton’s car skids off the road. The young mom is with her four-year-old son Kyle, a boy with severe learning disabilities and for whom she has sacrificed everything. Taylor McAden finds her unconscious and bleeding, but does not find Kyle. When Denise wakes, the chilling truth becomes clear to both of them: Kyle is gone. During the search for Kyle, the connection between Taylor and Denise takes root. Taylor doesn’t know that this rescue will be different from all the others.” –Book Cover 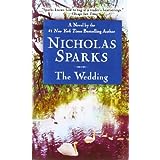 “With The Notebook, A Walk to Remember, and his other beloved novels, #1 New York Times bestselling author Nicholas Sparks has given voice to our deepest beliefs about the power of love. Now he brings us the long-awaited follow-up to The Notebook-a story of an ordinary man who goes to extraordinary lengths to win back the love of his life… After thirty years, Wilson Lewis is forced to face a painful truth: the romance has gone out of his marriage. His wife, Jane, has fallen out of love with him, and it is entirely his fault. Despite the shining example of his in-laws, Noah and Allie Calhoun, and their fifty-year love affair (originally recounted in The Notebook), Wilson himself is a man unable to express his true feelings. He has spent too little time at home and too much at the office, leaving the responsibility of raising their children to Jane. Now his daughter is about to marry, and his wife is thinking about leaving him. But if Wilson is sure of anything, it is this: His love for Jane has only grown over the years, and he will do everything he can to save their marriage. With the memories of Noah and Allie’s inspiring life together as his guide, he vows to find a way to make his wife fall in love with him…all over again. In this powerfully moving tale of love lost, rediscovered, and renewed, Nicholas Sparks once again brings readers his unique insight into the only emotion that ultimately really matters.” –Book Cover 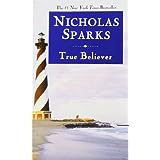 “Jeremy Marsh is a born skeptic and a science journalist who specializes in debunking the supernatural. When he hears about ghostly apparitions in a cemetery in Boone Creek, North Carolina, he leaves his beloved New York City for this small, rural town-and what his instincts tell him could make a great story. What he doesn’t plan on is meeting and falling hopelessly in love with Lexie Darnell, who is sure of one thing: her future is here in Boone Creek, close to the people she loves. Now, if the young lovers are to be together, Jeremy must make a difficult choice: return to the life he knows in New York, or do something he could never do before… take a giant leap of faith.”– Book Cover 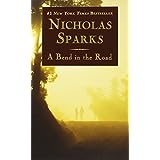 “Miles Ryan’s life seemed to end the day his wife was killed in a hit-and-run accident two years ago. As deputy sheriff of New Bern, North Carolina, he not only grieves for her and worries about their young son Jonah but longs to bring the unknown driver to justice. Then Miles meets Sarah Andrews, Jonah’s second-grade teacher. A young woman recovering from a difficult divorce, Sarah moved to New Bern hoping to start over. Tentatively, Miles and Sarah reach out to each other…soon they are falling in love. But what neither realizes is that they are also bound together by a shocking secret, one that will force them to reexamine everything they believe in-including their love.”–Book Cover