The 68-year old American novelist, James Patterson, is James Brendan Patterson  in real life. He was born on March 22, 1947.

But after graduating he took an advertising job first. In 1996, Patterson finally started writing, and so then came the birth of his young-adult fiction thriller novels.

For today, let’s look at more of his amazing creations. 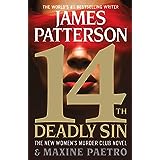 “With San Francisco under siege and everyone a suspect, the Women’s Murder Club must risk their lives to save the city-and each other.

With a beautiful baby daughter and a devoted husband, Detective Lindsay Boxer can safely say that her life has never been better. In fact (for a change), things seem to be going well for all the members of the Women’s Murder Club as they gather to celebrate San Francisco Medical Examiner Claire Washburn’s birthday. But the party is cut short when Lindsay is called to a gruesome crime scene, where a woman has been murdered in broad daylight.

As Lindsay investigates, shocking video footage of another crime surfaces. A video so horrific that it shakes the city to its core. Their faces obscured by masks, the cold-blooded criminals on the tape could be anyone-and now all of Lindsay’s co-workers are suspects. As a rash of violence sweeps through San Francisco, and public fear and anger grow, Lindsay and her friends must risk their lives in the name of justice-before it’s too late. “–Book Cover 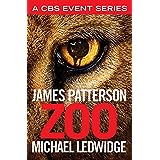 All over the world, brutal attacks are crippling entire cities. Jackson Oz, a young biologist, watches the escalating events with an increasing sense of dread. When he witnesses a coordinated lion ambush in Africa, the enormity of the violence to come becomes terrifyingly clear.” –Book Cover 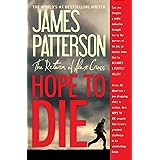 “Detective Alex Cross is being stalked by a psychotic genius, forced to play the deadliest game of his career. Cross’s family–his loving wife Bree, the wise and lively Nana Mama, and his precious children–have been ripped away. Terrified and desperate, Cross must give this mad man what he wants if he has any chance of saving the most important people in his life. The stakes have never been higher: What will Cross sacrifice to save the ones he loves?”–Book Cover 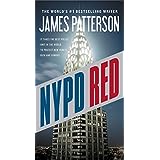 “It’s the start of Hollywood on Hudson, and New York City is swept up in the glamour. Every night, the red carpet rolls out for movie stars arriving at premieres in limos; the most exclusive restaurants close for private parties for wealthy producers and preeminent directors; and thousands of fans gather with the paparazzi, hoping to catch a glimpse of the most famous and beautiful faces in the world. With this many celebrities in town, special task force NYPD Red is on high alert-and they can’t afford to make a single mistake.

Then a world-renowned producer fatally collapses at his power breakfast, and top NYPD Red Detective Zach Jordan is the first one on the scene. Zach works with his beautiful new partner, Detective Kylie MacDonald-who also happens to be his ex-girlfriend-to discover who the murderer might be. But this is only the beginning: the most brutal, public, and horrifyingly spectacular crimes they’ve ever encountered are about to send all of New York into chaos, putting NYPD Red on the ropes.

Zach and Kylie know there’s no way of telling what a killer this deranged will do next. With the whole world watching, they have to find a way to stop a psychopath who has scripted his finale down to the last explosive detail.”–Book Cover 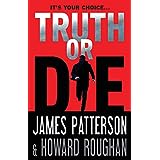 “The truth will set you free-if it doesn’t kill you first.

After a serious professional stumble, attorney Trevor Mann may have finally hit his stride. He’s found happiness with his girlfriend Claire Parker, a beautiful, ambitious journalist always on the hunt for a scoop. But when Claire’s newest story leads to a violent confrontation, Trevor’s newly peaceful life is shattered as he tries to find out why.

Chasing Claire’s leads, Trevor unearths evidence of a shocking secret that-if it actually exists-every government and terrorist organization around the world would do anything to possess. Suddenly it’s up to Trevor, along with a teenage genius who gives new meaning to the phrase “too smart for his own good,” to make sure that secret doesn’t fall into the wrong hands. But Trevor is about to discover that good and evil can look a lot alike, and nothing is ever black and white: not even the truth.” –Book Cover 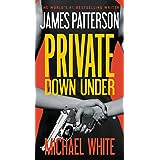 “The world’s most exclusive detective agency opens a new office – in Australia!

With the best detectives in the business, cutting edge technology and offices around the globe, there is no investigation company quite like Private. Now, at a glittering launch party overlooking the iconic Opera House, Private Sydney throws open its doors . . .

Craig Gisto and his newly formed team have barely raised their glasses, however, when a young Asian man, blood-soaked and bullet-ridden, staggers into the party, and what looks like a botched kidnapping turns out to be a whole lot more.

Within days the agency’s caseload is full. But it is a horrific murder in the wealthy Eastern Suburbs and the desperate search for a motive that stretches the team to the limit. Stacy Friel, friend of the Deputy Commissioner of NSW Police, isn’t the killer’s first victim – and as the bodies mount up she’s clearly not the last . . .”–Book Cover