Ugly duckling no more! Ducks have gained more popularity in the recent years. As more and more people are settling to make these cute ones as pets rather than as poultry, the internet has been flooded with images of these birds. Now, they are an internet sensation.

Read on for these handy quack facts!

1. Except in Antarctica, ducks actually are found all over the world! They belong the the species Anatidae ” family of birds which also includes swans and geese”. 2. In origin, the duck got its name from “Old English *dūce “diver”, a derivative of the verb *dūcan ‘to duck, bend down low as if to get under something, or dive'”.

3. Drake is what you call a male duck. On the other hand the female duck is just called hen! 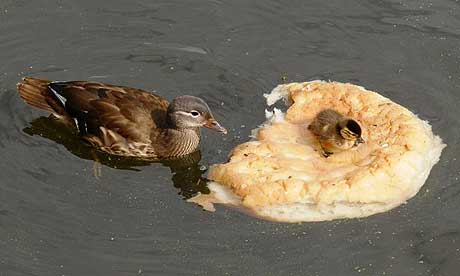 4. Near its tail is the Preen Gland which secretes oil that coats the ducks feathers. Thus, making its feather waterproof! 5. They can live from “…2 – 20 years, depending on species and whether they are wild ducks or ducks in captivity. Its a fact that a wild duck can live 20 years or more.” (Source: https://animalcorner.co.uk/animals/ducks/) 6. Half of the duck’s brain is awake while it sleeps! They leave one eye open to detect predators.