The 81-year old David Gaub McCullough is not only a Pulitzer Prize winning author but also a  narrator, historian, and lecturer.

This novelist is best known for his works which are The Path Between the Seas, Truman and John Adams. The latter two was adapted into an HBO Television series.

But for now, let us turn our focus to his other creations that have also sold thousands to millions of copies worldwide. 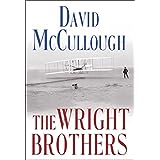 On a winter day in 1903, in the Outer Banks of North Carolina, two unknown brothers from Ohio changed history. But it would take the world some time to believe what had happened: the age of flight had begun, with the first heavier-than-air, powered machine carrying a pilot.

Who were these men and how was it that they achieved what they did?”–Book Cover 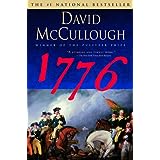 “Based on extensive research in both American and British archives, 1776 is a powerful drama written with extraordinary narrative vitality. It is the story of Americans in the ranks, men of every shape, size, and color, farmers, schoolteachers, shoemakers, no-accounts, and mere boys turned soldiers. And it is the story of the King’s men, the British commander, William Howe, and his highly disciplined redcoats who looked on their rebel foes with contempt and fought with a valor too little known.”–Book Cover

3.) The Great Bridge: The Epic Story of the Building of the Brooklyn Bridge 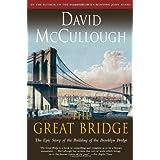 “In the years around 1870, when the project was first undertaken, the concept of building an unprecedented bridge to span the East River between the great cities of Manhattan and Brooklyn required a vision and determination comparable to that which went into the building of the great cathedrals. Throughout the fourteen years of its construction, the odds against the successful completion of the bridge seemed staggering. Bodies were crushed and broken, lives lost, political empires fell, and surges of public emotion constantly threatened the project. But this is not merely the saga of an engineering miracle; it is a sweeping narrative of the social climate of the time and of the heroes and rascals who had a hand in either constructing or exploiting the surpassing enterprise.”–Book Cover

4.) The October Horse: A Novel of Caesar and Cleopatra 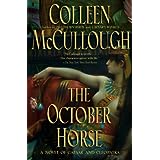 “Grand in scope and vivid in detail, McCullough’s gripping narrative thrusts readers headlong into the complex and fascinating world of Rome in the tumultuous last days of the Republic. At the height of his power, Gaius Julius Caesar becomes embroiled in a civil war in Egypt, where he finds himself enraptured by Cleopatra, the nation’s golden-eyed queen. To do his duty as a Roman, however, he must forsake his love and return to the capital to rule.

Though Caesar’s grip on power seems unshakable, the political landscape is treacherous — the returning hero has no obvious successor, and his legacy seems to be the prize for any man with the courage and cunning to fell Rome’s laurelled leader. Caesar’s jealous enemies masquerade as friends and scheme to oust the autocrat from power and restore true republican government to Rome. But as the plot races to its dramatic conclusion, it becomes clear that with the stakes this high, no alliance is sacred and no motives are pure.”–Book Cover 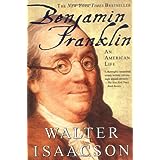 “Benjamin Franklin is the founding father who winks at us, the one who seems made of flesh rather than marble. In a sweeping narrative that follows Franklin’s life from Boston to Philadelphia to London and Paris and back, Walter Isaacson chronicles the adventures of the runaway apprentice who became, over the course of his eighty-four-year life, America’s best writer, inventor, media baron, scientist, diplomat, and business strategist, as well as one of its most practical and ingenious political leaders. He explores the wit behind Poor Richard’s Almanac and the wisdom behind the Declaration of Independence, the new nation’s alliance with France, the treaty that ended the Revolution, and the compromises that created a near-perfect Constitution.”–Book Cover 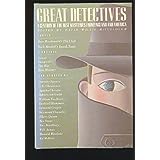 “A century of the best mysteries from England and America.”–Book Cover