Could There Be A Farscape Movie?

1. Farscape: The Complete Season One 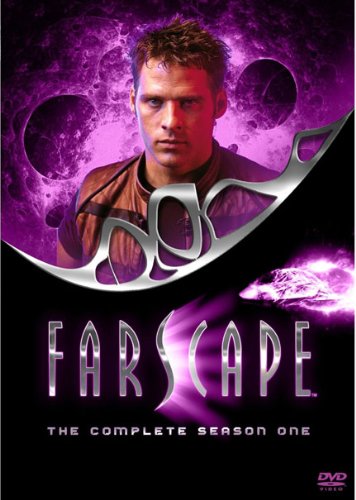 Farscape is genre television at its most ambitious, inspired both by the cult appeal of Babylon 5 and the continuing success of the Star Trek franchise, but taking a visual and conceptual leap beyond those shows. Making extensive use of CGI, prosthetics, and state-of-the-art puppetry, courtesy of Jim Henson’s Creature Shop, the Farscape concept has a freshness that makes it look and feel completely original. Among the first season’s 22 episodes, “Premiere” introduces the characters and the basic premise: American astronaut John Crichton (Ben Browder) is flung through a wormhole and comes out in the midst of an interstellar prison escape on the other side of the universe. When the galactic cops (called “Peacekeepers”) mark him as the new public enemy number one, Crichton is forced to ally himself with the convicts: hulking warrior D’Argo (Anthony Simcoe), blue-skinned priest Zhaan (Virginia Hey), fugitive peacekeeper Aeryn (Claudia Black), exiled king Rygel (Jonathan Hardy), and Pilot, the giant insectlike nerve center of their living ship, Moya.

In the action-packed and stylishly directed “Throne for a Loss,” a race of mercenary criminals called the Tavleks kidnap the imperious Rygel. “PK Tech Girl” and “That Old Black Magic” feature a peek into the pasts of Rygel and Zhaan as they hide from the fleets of Peacekeeper soldiers in the galactic frontier known as the Uncharted Territories. Leading toward the climax of the show’s first season, “Nerve” and “The Hidden Memory” make for a bold two-parter that reunites Crichton with his Peacekeeper Tech girlfriend, Gilina, and introduces the dreaded Scorpius, who uses his Aurora Chair torture device to extract what he mistakenly believes is vital knowledge from Crichton. The final episode, “Family Ties,” ends with a cliffhanger guaranteed to bring viewers back for more, as the duplicitous Rygel plans to turn traitor, which eventually leaves the fates of Crichton and D’Argo up for grabs and Moya’s young offspring under the control of the conflicted villain Crais, among other developments. 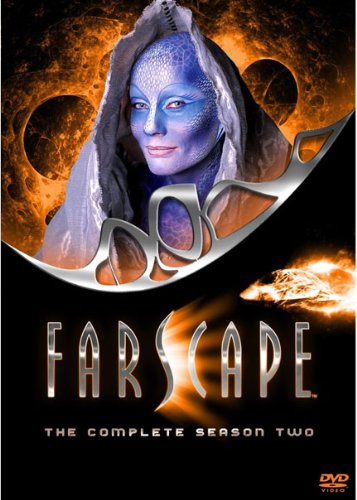 Farscape season 2 continues the fine tradition set in the first season. After finishing the season one cliffhanger when nearly everyone was left for dead the show continues with some very good and some excellent episodes in season 2.

In the second season we see further development in character relations between the crew. Some fight and tensions as no one gets along all that well. We see some romances develop and some deals get broken. Nobody is completely without flaws but somehow they all pull together in tough spots and get through them.
My favorite episodes in second season are “The way we weren’t” where we learn a little bit about Aeryn’s and pilot’s past and “Won’t get fooled again” where Crichton wakes up on earth again. There is an excellent three part episode called “Liars, Guns and Money” when the crew of Moya decides to rob a bank to get enough money to buy D’argo’s sun from slave traders.
The best episode must be “Die Me, Dichotomy” which is the last in the season but I won’t spoil it for you.
Quality an conclusion
The picture quality is very good as the show is presented in 16:9 wide screen. The sound and special effect remain to be top notch. The creature and prosthetics keep getting better and more elaborate. If you loved the first season you’ll love the second even more. The boxed set is much better than buying all the volumes separately. 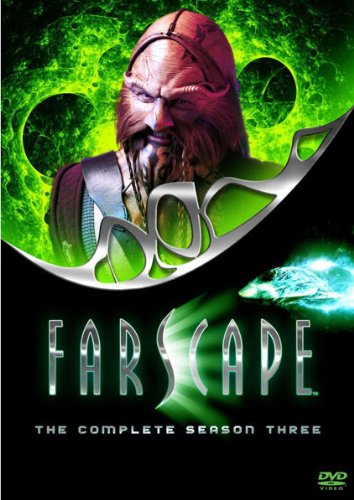 The third season of “Farscape” captures the show in its prime; the various story arcs developed here are better than anything that came before. The writing and character development is, for the most part, top notch. Season three features the unusual episode “Revenging Angel” where the bulk of the episode occurs in a Looney Tunes Road Runner/Wile E. Coyote type of cartoon with Crichton and D’Argo. “Infinite Possibilities” another two parter features one of the Ancients appearing in the form of John’s dad. They unlock the secrets of wormhole technology in Crichton’s mind to prevent the Scarrans from escaping with a dangerous new weapon.

The stand out episodes in my mind that signify this development is the two part “”Into the Lion’s Den” from the conclusion of the season. Crichton agrees in this episode to help Scorpious achieve his dream of wormhole technology. Scorpious plans on using it to develop a weapon of mass destruction that can be used against the Scarions. In return, Crichton and the crew of Moya will receive diplomatic immunity. Things sour very quickly when Crichton realizes what will become of this new found weapon. 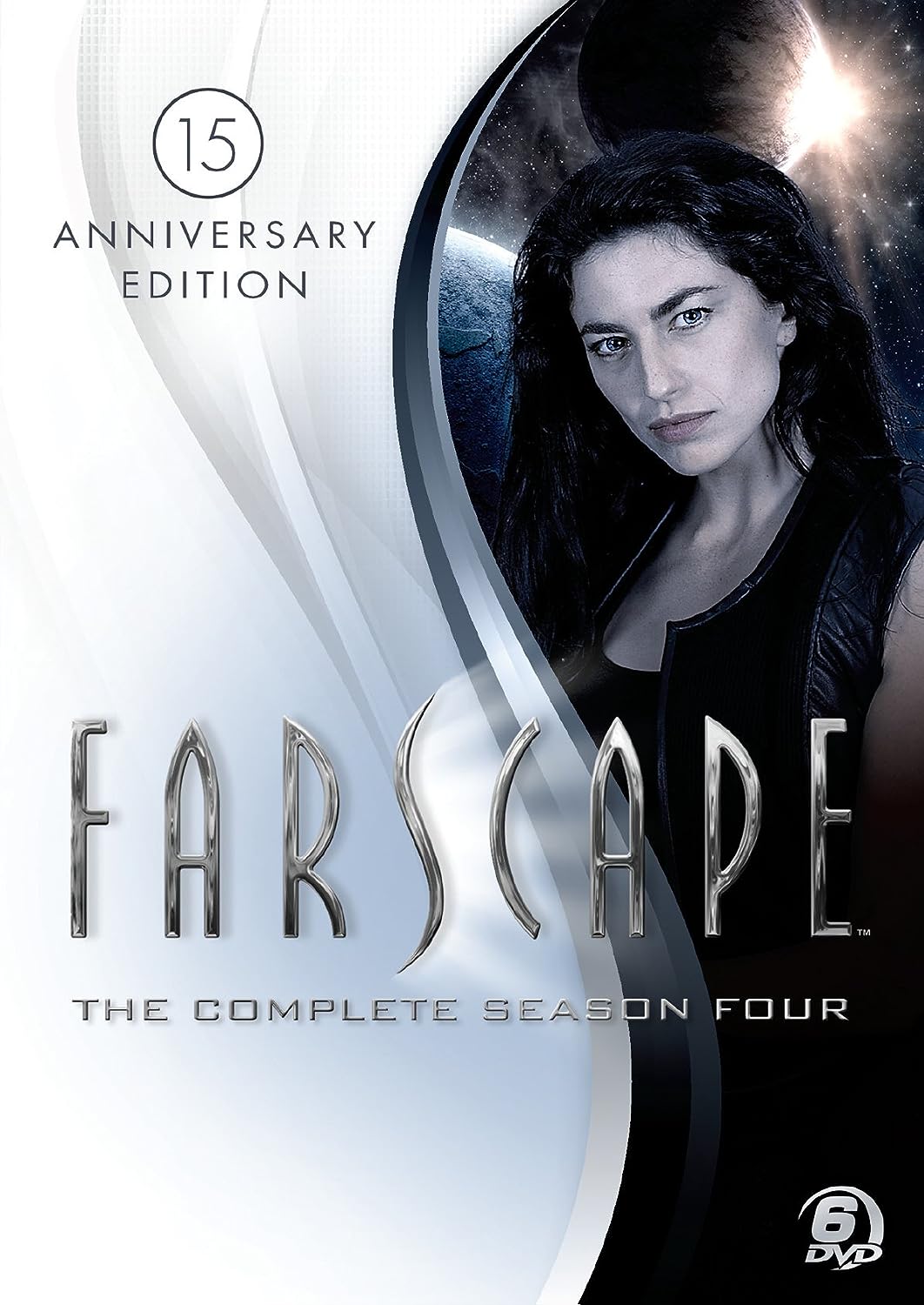 A great deal of time passes between Seasons Three and Four which helps develop the show s extraordinary characters even more fully. More recent additions to the crew, including Noranti and Sikozu, as well as a shocking former enemy, play major roles in a series of thrilling, surreal, and nearly lethal adventures. As each season has raised the stakes for the crew, this season raises the stakes for the universe itself, with a series of escalating dangers that threaten not only the Farscape galaxy, but Crichton s home galaxy as well. Season Four features some of the most imaginative science fiction seen in the series so far, while always remaining true to the extraordinary characters, passionate chemistry and whip-crack dialogue that have become Farscape signatures. 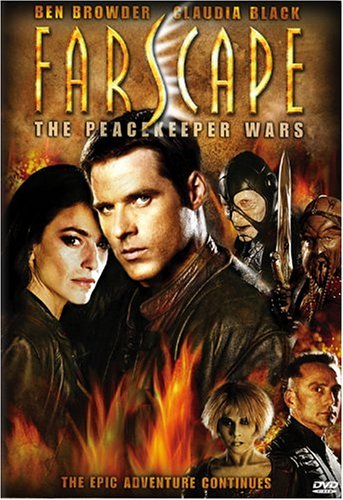 Created at least in part due to popular demand, Farscape: The Peacekeeper Wars will provide some closure to fans who were dismayed by the demise of the popular science fiction television show in 2003 and campaigned mightily to bring it back. Indeed, this miniseries (originally broadcast over two nights on the Sci-Fi Channel) will likely appeal primarily to theFarscape faithful, as the somewhat convoluted storyline may prove baffling to the uninitiated.

A brief bit of backstory explains how John Crichton, an astronaut from Earth, went through a wormhole and ended up on Moya, a living spaceship, with a motley group of aliens, including D’Argo (Anthony Simcoe), Chiana (Gigi Edgley), various puppet characters (designed by the Jim Henson Company), and Aeryn (Claudia Black), Crichton’s love interest, who’s expecting their first child. As The Peacekeeper Wars begins, our heroes find themselves in the middle of a war-to-end-all-wars between the lizard-like, implacably evil Scarrans and their rivals, the Peacekeepers. Crichton is the lynchpin in all of this, as his knowledge of “wormhole technology” is coveted by all, including his old nemesis Scorpius (Wayne Pygram), who captured and tortured Crichton back in season 1 and with whom Crichton must now form an uneasy alliance against the Scarrans.

Over the course of the three-hour miniseries, we get lots of weird- and cool-looking aliens, some nice sets and special effects, plenty of battles, and lots of portentous talk about the fate of the universe–nothing especially original, but all presented with outstanding production values. There’s drama and action, love and betrayal, tragedy and triumph, war and, ultimately, peace, with a suitably spectacular ending (and a nod to Stanley Kubrick’s 2001: A Space Odyssey). With a 30-minute “making of” documentary among the DVD special features, The Peacekeeper Wars is a fitting way to end the Farscape saga. 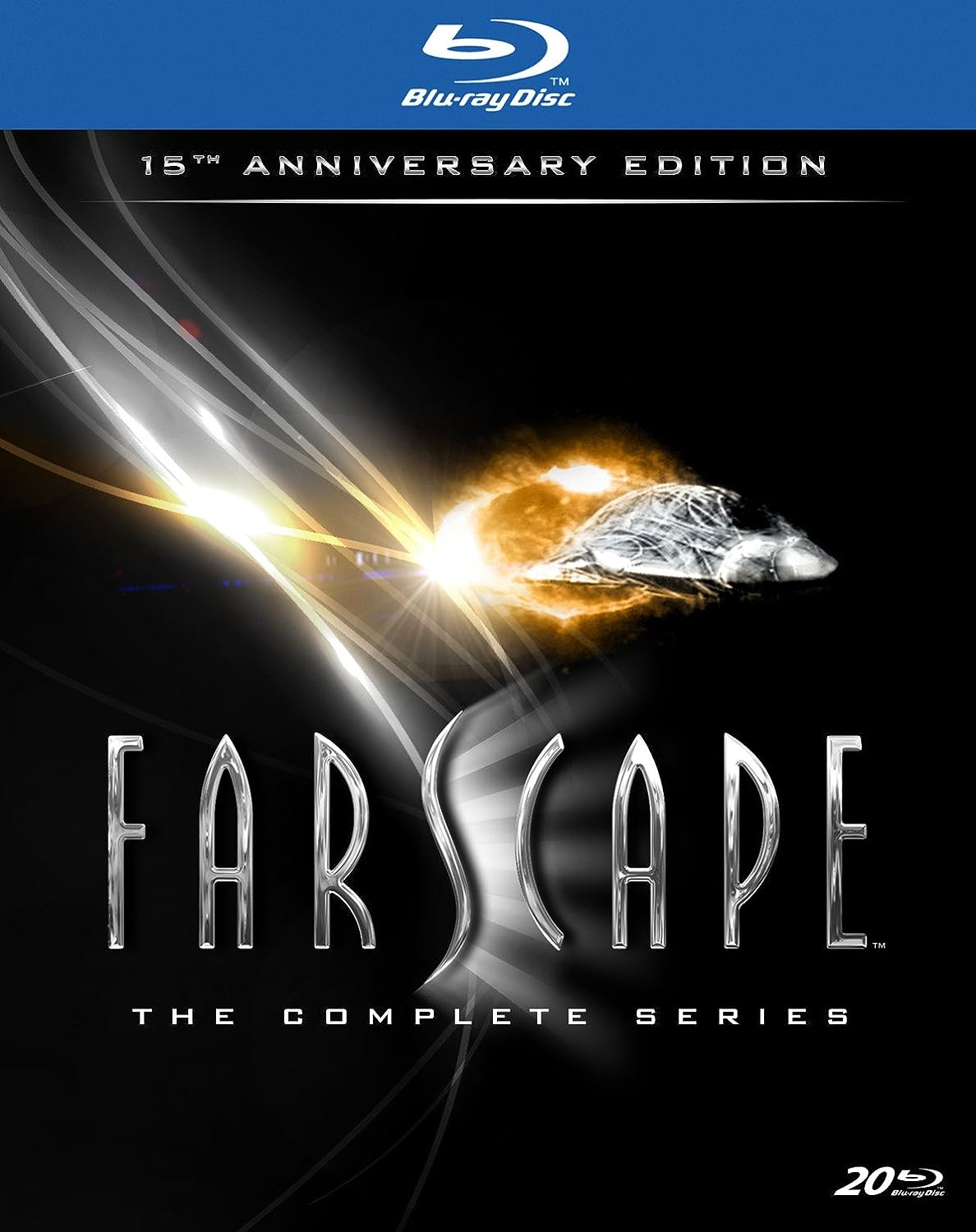 From Jim Henson Productions comes the sci-fi cult classic FARSCAPE. Follow John Crichton and the crew of Moya on a journey to places they never dreamed possible. Sizzling with brilliant characters, breathtaking effects, high-stakes action, and irreverent humor, FARSCAPE is like no science fiction before. It is a story of good versus evil, obsession, friendship, and even love. The unpredictable twists and turns of this international TV hit will keep you riveted and cheering for more.