Around 3 years ago, American novelist of Jewish descent, Philip Roth. From  the New Yorker website, we read that the award winning author has ended his days of writing fiction:

“But now he has stopped. Roth, who is seventy-nine, recently told the French magazine Les inRocks, ‘To tell you the truth, I’m done.’ “Nemesis,” which was published in 2010, will be his last book…He seemed to admit to a certain distance from everyday life. ‘I am seventy-eight years old, I don’t know anything anymore about America today. I see it on TV, but I am not living it anymore.'” — David Remnick

Philip Roth, who wrote his first book Goodbye in 1959 had immediately received an award in 1960. During his childhood, he was described as intelligent and a comedian. He grew in Newark, New Jersey, and much of the novels he wrote was inspired by the community that he lived in. Also, his life experiences in his two marriages influenced his other books as well. He has also been nominated and won several awards and recognition, some of which are  Franz Kafka Prize, Pulitzer Prize and two National Book Awards.

Though, he may have retired from writing fiction, his substantial contribution to American literature will forever be remembered. Here are some of his masterpieces: 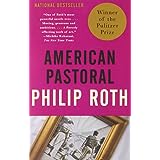 “As the American century draws to an uneasy close, Philip Roth gives us a novel of unqualified greatness that is an elegy for all our century’s promises of prosperity, civic order, and domestic bliss. Roth’s protagonist is Swede Levov, a legendary athlete at his Newark high school, who grows up in the booming postwar years to marry a former Miss New Jersey, inherit his father’s glove factory, and move into a stone house in the idyllic hamlet of Old Rimrock. And then one day in 1968, Swede’s beautiful American luck deserts him.

For Swede’s adored daughter, Merry, has grown from a loving, quick-witted girl into a sullen, fanatical teenager—a teenager capable of an outlandishly savage act of political terrorism. And overnight Swede is wrenched out of the longer-for American pastoral and into the indigenous American berserk. Compulsively readable, propelled by sorrow, rage, and a deep compassion for its characters, this is Roth’s masterpiece.”–Book Cover 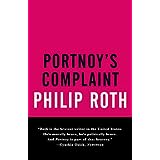 “Portnoy’s Complaint n. [after Alexander Portnoy (1933- )] A disorder in which strongly-felt ethical and altruistic impulses are perpetually warring with extreme sexual longings, often of a perverse nature. Spielvogel says: ‘Acts of exhibitionism, voyeurism, fetishism, auto-eroticism and oral coitus are plentiful; as a consequence of the patient’s “morality,” however, neither fantasy nor act issues in genuine sexual gratification, but rather in overriding feelings of shame and the dread of retribution, particularly in the form of castration.’ (Spielvogel, O. “The Puzzled Penis,” Internationale Zeitschrift für Psychoanalyse, Vol. XXIV, p. 909.) It is believed by Spielvogel that many of the symptoms can be traced to the bonds obtaining in the mother-child relationship.

With a new Afterword by the author for the 25th Anniversary edition.” — Book Cover 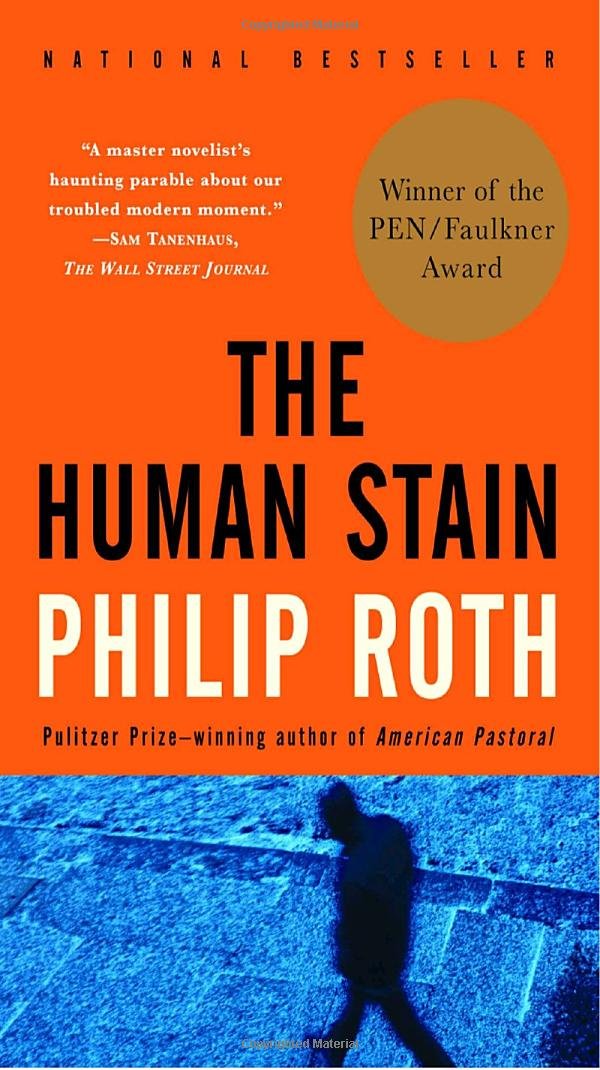 “It is 1998, the year in which America is whipped into a frenzy of prurience by the impeachment of a president, and in a small New England town, an aging classics professor, Coleman Silk, is forced to retire when his colleagues decree that he is a racist. The charge is a lie, but the real truth about Silk would have astonished even his most virulent accuser.

Coleman Silk has a secret, one which has been kept for fifty years from his wife, his four children, his colleagues, and his friends, including the writer Nathan Zuckerman. It is Zuckerman who stumbles upon Silk’s secret and sets out to reconstruct the unknown biography of this eminent, upright man, esteemed as an educator for nearly all his life, and to understand how this ingeniously contrived life came unraveled.”–Book Cover 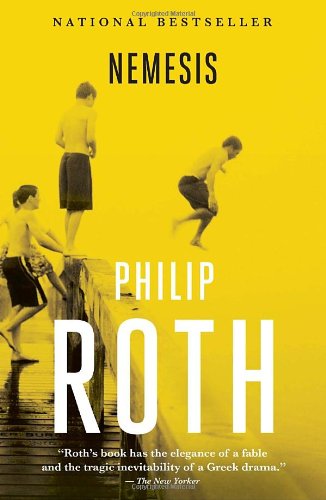 “Set in a Newark neighborhood during a terrifying polio outbreak, Nemesis is a wrenching examination of the forces of circumstance on our lives.

Bucky Cantor is a vigorous, dutiful twenty-three-year-old playground director during the summer of 1944. A javelin thrower and weightlifter, he is disappointed with himself because his weak eyes have excluded him from serving in the war alongside his contemporaries. As the devastating disease begins to ravage Bucky’s playground, Roth leads us through every inch of emotion such a pestilence can breed: fear, panic, anger, bewilderment, suffering, and pain. Moving between the streets of Newark and a pristine summer camp high in the Poconos, Nemesis tenderly and startlingly depicts Cantor’s passage into personal disaster, the condition of childhood, and the painful effect that the wartime polio epidemic has on a closely-knit, family-oriented Newark community and its children. “–Book Cover

“The Ghost Writer introduces Nathan Zuckerman in the 1950s, a budding writer infatuated with the Great Books, discovering the contradictory claims of literature and experience while an overnight guest in the secluded New England farmhouse of his idol, E. I. Lonoff.

At Lonoff’s, Zuckerman meets Amy Bellette, a haunting young woman of indeterminate foreign background who turns out to be a former student of Lonoff’s and who may also have been his mistress. Zuckerman, with his active, youthful imagination, wonders if she could be the paradigmatic victim of Nazi persecution. If she were, it might change his life.

The first volume of the trilogy and epilogue Zuckerman Bound, The Ghost Writer is about the tensions between literature and life, artistic truthfulness and conventional decency—and about those implacable practitioners who live with the consequences of sacrificing one for the other.”–Book Cover 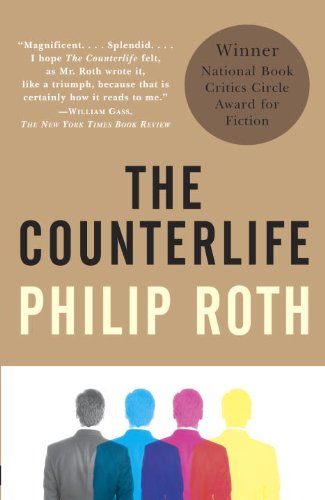 “The Counterlife is about people enacting their dreams of renewal and escape, some of them going so far as to risk their lives to alter seemingly irreversible destinies. Wherever they may find themselves, the characters of The Counterlife are tempted unceasingly by the prospect of an alternative existence that can reverse their fate.

Illuminating these lives in transition and guiding us through the book’s evocative landscapes, familiar and foreign, is the miind of the novelist Nathan Zuckerman. His is the skeptical, enveloping intelligence that calculates the price that’s paid in the struggle to change personal fortune and reshape history, whether in a dentist’s office in suburban New Jersey, or in a tradition-bound English Village in Gloucestershire, or in a church in London’s West End, or in a tiny desert settlement in Israel’s occupied West Bank.”–Book Cover