8 Most Scandalous Madonna Moments Ever

She is the queen and shall keep that spot for through this life and the next one too. That is Madonna for you. She is probably the best thing that happened to pop music. Other than being so good in her music, scandal also happens to be her middle name. She has more scandals than all the current rockstars, pop stars and socialites combined. Let us not even get started on her age. She makes headlines with every appearance she makes. Here are 8 of Madonna’s most scandalous moments ever

It was at the MTV video music awards in 2003. The show was spectacular and the crowd had shown up in their numbers. As usual, the queen had something in store for them other than the splendid performance. she is seen on stage dressed in a groom’s tux and goes ahead to give the fans some girl-on-girl-on girl action. This was interpreted by many as her (Madonna) passing on the mantle to the two who were her progenies. The kiss is still being talked about to death.

If there is anybody who would be handed a life-ban from setting foot anywhere near Vatican, it must be Madonna. She managed to invoke the wrath of his holiness the late John Paul II. It started with her “like a prayer” video where she is seen making out with a saint. The video outraged the Vatican so much, so that it costs her pepsi endorsement deal. Being the pop star that she is, she goes ahead to dedicate yet another controversial song ‘Papa Don’t Preach’ to the pope. This was in response to the pope’s plea to fans to boycott her ‘Who’s That Girl’ tour. 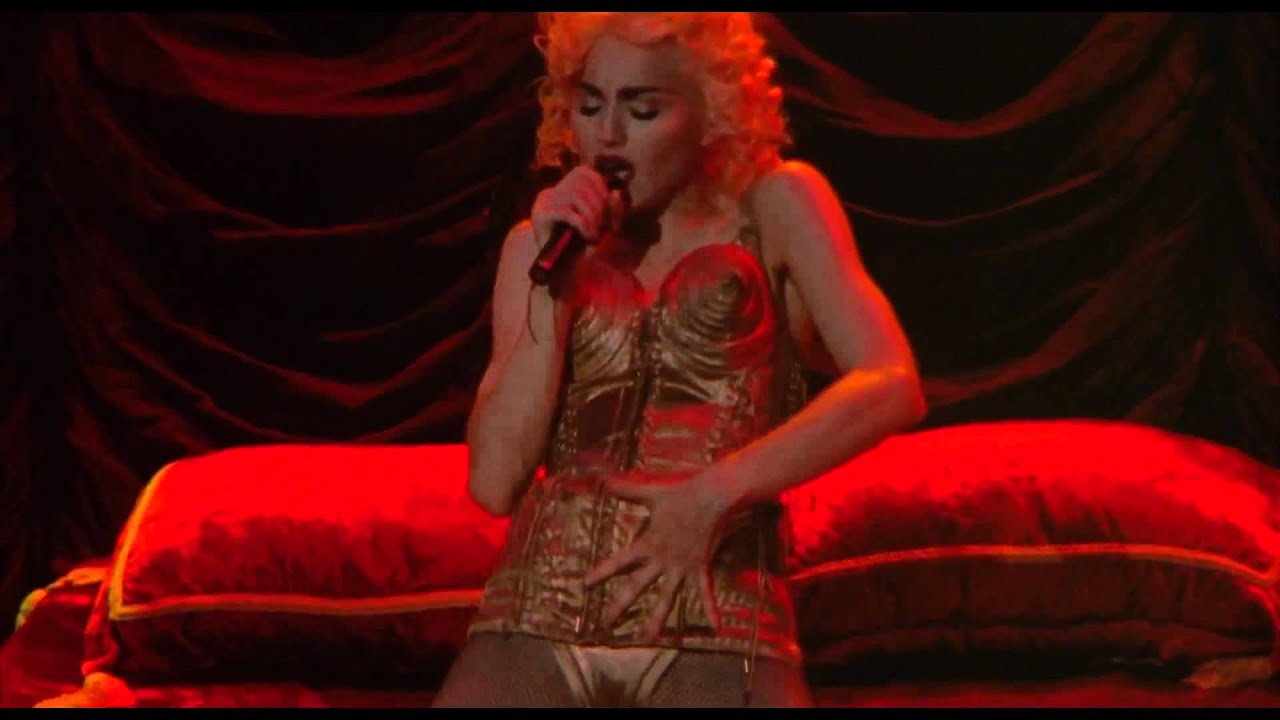 The song itself was controversy enough. In her first live performance, she goes on stage dressed in a torn wedding dress and writhes on top of a wedding cake. The song made her the talk of the globe. For her show in Canada, she is threatened with arrest should she perform her self-pleasure acts on stage. She goes ahead and performs it like Madonna would and the authorities did nothing. She is Madonna, one wonders what they were expecting

On the first day of release, the book sale more than 150,000 copies. That should be enough to tell you the anticipation that people had of the book. The photo shoots for the book included Madonna, Naomi Campbell, Rossellini and Joey. The book was intended for people who love to catch up on coffee tables. It received a lot of criticism but to this day, it has sold over 1.5 million copies.

This was in the 1990 Blond Ambition World Tour. She goes on stage donning the pointy metallic strap-on cone bra. She always had something new for her audience and the tabloids. Many careers must have depended on her exploits. The bra was later auctioned for $52,000. 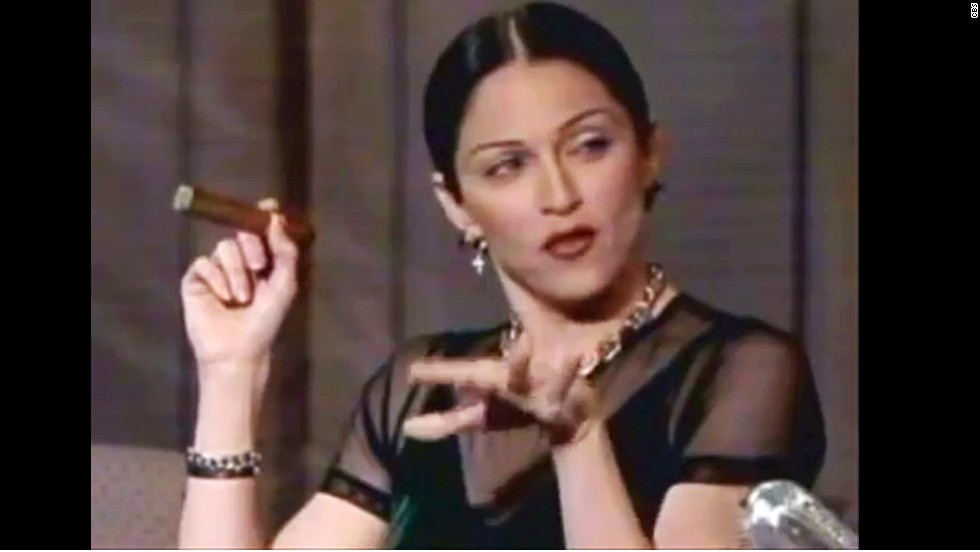 She cursed for a record 14 times. The network censors must have had hard day at work that night. She then goes further and urges Letterman to smell her panties. Only Madonna can pull that off and still remain on top.

Let us not dwell on the fact that she is 53 during this time. Most women that age are probably watching over their grand children play around their feet. That would never be Madonna, she was in Turkey, Istanbul, a strict Muslim nation performing like she was 23. The conservative nature of the muslim religion makes her courageous or just defiant to even try such a stunt.