Movies are all about developing a story with the least number of flaws possible. In most cases, actors have to bring every part of the script into reality before the editor sets to doing his or her work. The editor seeks to join the most useful aspects of the shoot to create a sensible and entertaining thing. Sometimes, however, they trip and delete scenes that would have explained a lot of WTF sections of a movie. Here are the most important deleted movie scenes ever.

Even though the Lord of the Rings franchise is long, a complete 4 season series, a book and perhaps a poem could be written on the deleted scenes. A deleted The Two Towers scene that shows Bormir taking instructions to get and return the Ring to Gondor. This discussion sheds light to why Bormir is so focused on the course.

All nerds wonder how a simple Mac could code and upload virus to an Alien mother ship. An explanation from a deleted scene with Goldblum toying about with his PowerBook in a recovered spaceship and his comments on his familiarity with the programming language used could explain this. When Ellen wakes from her 57 year hypersleep, she is informed that her daughter had grown up and died while she was asleep. This is sort of shady since after the new she just trots off to kick some ass. This isn’t bad. What is shocking is where she gets heart to adopt an orphaned girl, Newt. A deleted scene showing her heartbreak on missing her daughter’s 11th holiday explains this. 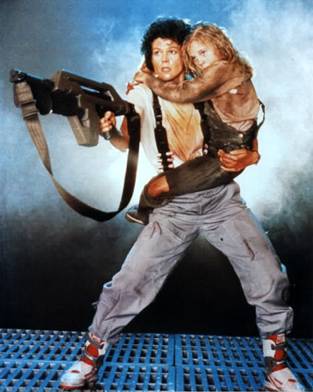 A couple of people go free with lots of evil things on their hands. Ben Stiller goes unpunished after manhandling Happy’s grandma. In the real movie, Bob Barker gets punched in the face along the way. However, there is a deleted scene of Happy hurling him out of a window to get his revenge.

We all know that Terminators have a programming problem that make the fall for teenagers with unbroken voices and weird slang. Terminators can learn to love. However, he doesn’t seem to at first and regains the power later. A deleted scene with Skynet setting him to read-only and another with John and Sarah Connor getting rid of the read-only block explains the changes.

There is something we all don’t understand. What was Nero doing giving Kirk time to grow up to 25 years before coming to exert his revenge? Was Nero stupid enough to let Kirk grow up, develop an amazingly strong body and fighting skills with a Star Fleet post to back him up? Well, this deleted scene will answer your questions.

Nala manages to travel the distance that almost killed Simba to find Simba in his luscious paradise with Pumba and Timon. In a deleted scene, we see Scar attempt to make Nala his queen. When she refuses, he exiles her into the wilderness. It is during her rounds in the wilderness that she stumbles into Simba.