Ronda Rousey burst onto the women’s MMA scene in August of 2010. Because of her mother, a 7th degree black belt and 1984 World Judo Champion, Ronda took up the sport. She had a hard time socializing with other kids and found that Judo gave her confidence. Ronda’s Judo career is a storied one. At 17 she became the youngest judoka in the 2004 Olympic Games in Athens. That same year she won a gold medal at the World Junior Judo Championships in Budapest, and in 2006 she became the first U.S. female in almost 10 years to win an A-Level tournament going 5-0 to clench the gold at the World Cup in Great Britain. At 19 she won the bronze medal at the Junior World Championships. She is the first U.S. athlete to win two Junior World Medals. In 2007 she added a silver at the World Judo Championships and a gold at the Pan American Games. The pinnacle of her Judo career was a bronze at the 2008 Olympic Games in Beijing. Rousey became the first American to win an Olympic medal in women’s Judo since it became an Olympic sport in 1992. Pretty amazing isn’t it? But, she’s not just with this battling thing but she’s into modelling too. Believe me, she’s really a sexy fighter! Check these 12 sexy pictures of Ronda Rousey. To see it to believe, right? Glance them now!

Laying and streching with a smile

Trying to cover it

Sexy with her nighties! 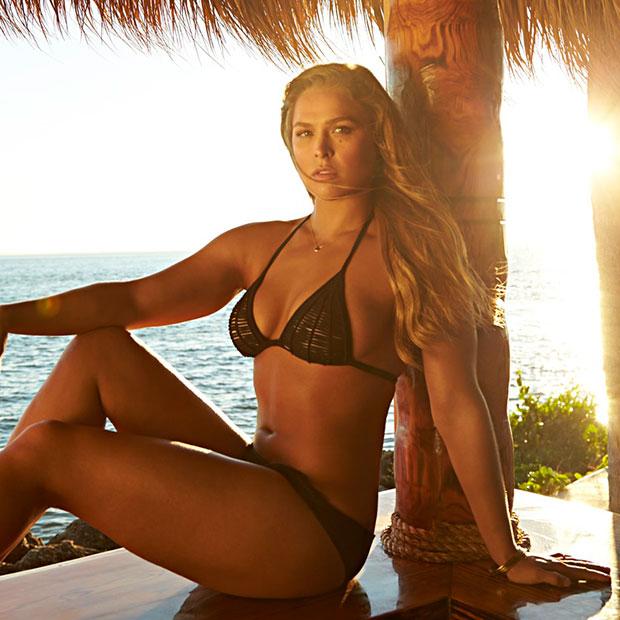 Chilling at the beach

Make sure to share these sexy of Ronda Rousey with your friends now!